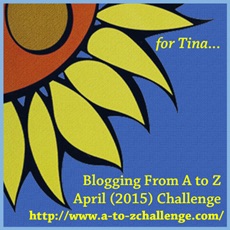 Where would writers be without readers! We are readers, we want readers, we love readers.

A great perk in blogging is being able to connect instantly with readers all over the world. They can read your work, respond to you, criticize, congratulate, laugh, cry, learn, teach…….all from their home to yours. Fascinating.

I have not been blogging very long and never thought much about who might read my posts. My family, of course. My friends, sure. But……Wow! Readers in more than 50 countries are checking my site!             🇩🇪🇺🇸🇫🇷🇪🇸🇮🇹🇬🇧🇷🇺🇰🇷🇯🇵

I write about all kinds of things, as my blog title indicates. It’s gratifying to know that my Musings are interesting to such a diverse group of readers.  A school student in Angola, for instance, might look in to see what’s on my mind regarding a nifty kitchen gadget I purchased: You Gotta Get One  of These!, July 2014.

Maybe a reader in Italy will read my take on how Chrisopher Columbus is feted in the USA: In Fourteen Hundred Ninety Two, posted in October 2014.

What do readers in Australia, France, England find interesting? Maybe stories about the World Wars and the veterans who fought in them: Giving Thanks and Over There, November 2014. And Comanche Code Talkers:July 2014.

I wonder if readers in Ecuador or Poland or Greece can relate to my wacky family stories, like O, Day of Labor: August 2014. I’ll bet they can. I’ll bet their families do exactly the same funny things. 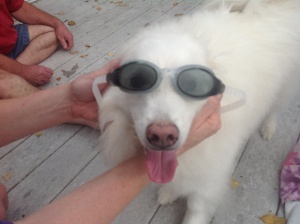 And that’s the point! Here we all are, from every part of this little blue marble planet, writing and reading about all sorts of things and connecting through the air, discovering how we’re the same, how we’re a little different, who I am, who you are…….reaching out and touching each other.

Welcome, readers of the world! Welcome to my world! I hope you will let me know who you are and where you are and what you would like to know more about my little pinpoint of our world. It will be great to ‘meet’ you!

I recently received an invitation from a Master Gardeners group to join them in learning how to make my garden beautiful. Couple of things wrong with this idea.

First, I don’t have a garden. I have a few pots of herbs, which, miraculously, have not perished.

And second, I have the quintessential black thumb. Nothing will make me a Master Gardener, but thanks anyway.

My paternal grandmother, Leta Neal, was the opposite. She grew up on her grandfather’s farm in Cumberland County, New Jersey, and even though she spent most of her life in the city, she never lost her talent for growing things.

In her urban garden, she grew marigolds, mint, lily of the valley…even roses, in the not so fertile soil of downtown Philadelphia.

She could grow anything. Give her a dead stick, and snap, she resurrected it. It bloomed anew. Plants loved her.

Which brings me to a Gardening With Gram story renowned in the annals of family history.

Gram and the Tropical Plant

Gram lived in the old family home on South Second Street well into her eighties. I brought my kids to visit often. She loved having them, they loved the alien urban world she lived in, and we could visit Uncle Harry (my brother) and Aunt Sis, who lived next door because they had two cats, Queenie and Squeek, to play with.

We drove in one sunny Saturday. The kids headed to the back yard to explore the old shed and maybe check in with the cats, and Gram and I sat in the living room with cool drinks.

I noticed she had a new plant on the windowsill. It was thriving, of course. She had trash picked it a couple of weeks before, she said, when someone discarded it, apparently dead.

Wow, it looks great. You saved its life. Really bushy and so green…full and lush…..and….what unusual, glossy, five-fingered leaves….

I’m no expert, but I was pretty sure my eighty–five year old grandmother was growing marijuana.

I went next door. Harry, I think we have a situation at Gram’s.

He took one look and quirked an eyebrow at me. Yep, Gram was growing cannabis. In her front window.

And wasn’t it a good thing I noticed it before the cop on the beat!

Now what? We hatched a plot.

I told her I had a friend who loved tropical plants. Would she let me have this one to give as a gift? It was really unusual and my friend would love it.

Long story short, I drove home with a cannabis plant and my two kids in the car. And as much as I hate to destroy living things, I had to let this plant die. Not difficult for me. RIP.

Nowadays, with all the changes in marijuana laws, I think Gram could have had a nice little cottage industry for herself.

We would have to tell her what the tropical plant really was, though.